However, the reality of working with PLAYING UP also proved that PLAYING UP cards can be used in many ways, just as they are, without any further set of rules. This is especially true for the new set of PLAYING UP Gender cards: Just one of the cards can provide material for hours of play and discussion.

Although, just like with the older edition, all activities in the new game are accessible to kids from the age of six, the cards are also, and sometimes especially, suitable for teens.

While with the classic game, it was possible to go straight to the instruction, this won’t quite work for the PLAYING UP Gender edition. Please allow for time to really engage with the card, to read it and look at the work and the circumstances described in the card, before moving on to the instruction. Also, our test games showed that the cards of the PLAYING UP gender edition create a lot of things to talk about afterwards. You could use the card about Travis Alabanza’s piece Burgerz, for example, to create a time and a space to exchange thoughts and results.

The classic PLAYING UP game encourages participants to invent an artist identity for themselves or their group BEFORE they start the game. Even more than in the classic game, the PLAYING UP gender edition features questions and possibilities about identities in many of the cards.  Therefore, it might be interesting to make the task of inventing one‘s own artist identity the conclusion of a game.

Unlike the „classic“ PLAYING UP, the new edition isn’t mainly written for the family (in its broadest sense) playing the game at home. Instead it acknowledges that PLAYING UP has been used widely in contexts of cultural education, schools, workshops and on public programmes.

That said – here is an important rule for workshop leaders, teachers and hosts:

To play up gender has to be a choice! Especially when done in educational contexts, it has to be made absolutely clear that nobody must be pressurised into engaging with a certain card. There always has to be the option to play one card or another, or yet another. To avoid the binary that always already rules gender norms, there should be at least a selection of three cards for participants to choose from. 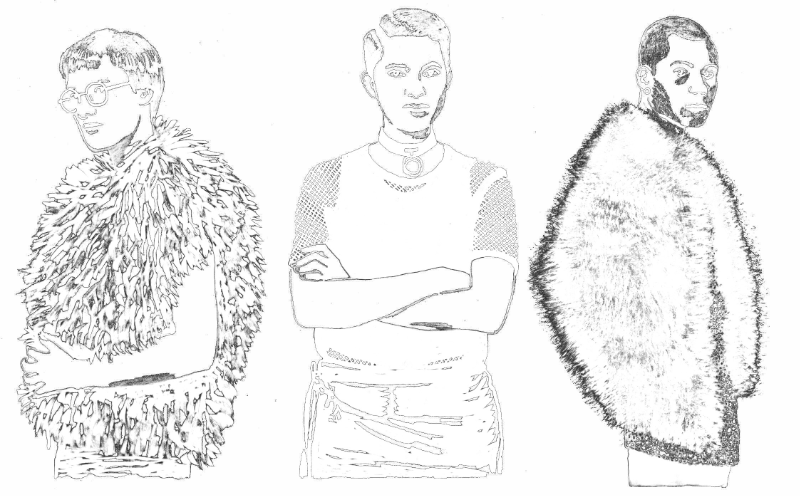